As you might have read before, the Wiredcraft team has been working hard on rebuilding and launching the World Bank’s new open data website. The data.worldbank.org site is the latest in a broad swath of open data initiatives by the World Bank’s data team with the aim of sharing their data with the world. Bringing in nearly half of their total web traffic, the Bank invested in improving the data platform’s accessibility and functionality, making the data available to anyone who’s interested, even if the user is visiting the site from a mobile phone in the middle of the desert.

After 9 months, 3,283 Git commits, 761 Github issues, more than a few late nights, and an estimated 4,925 cups of coffee/tea, we’ve finally delivered the final version of the site to production. The World Bank’s data team released the site to the public on data.worldbank.org a few weeks ago and we’ve been tying up the final loose ends on the project to make it perfect. From their announcement last week, “the new site is a major improvement in just about every way.” Take a look at the site and you’ll find that “graphs and maps get a major upgrade,” the data has enhanced accessibility and the site is much more user-friendly.

We also rebuilt the multilingual capacity for the website from the ground up. This includes right-to-left Arabic language design as well as several localised languages for specific countries. People all over the globe can make use of the reams of free open data in their native tongue, freed from the hassle of translating the site each time they visit.

As mentioned above, the charts and maps have been significantly improved. But rather than explain it, we’ll let you judge for yourself. 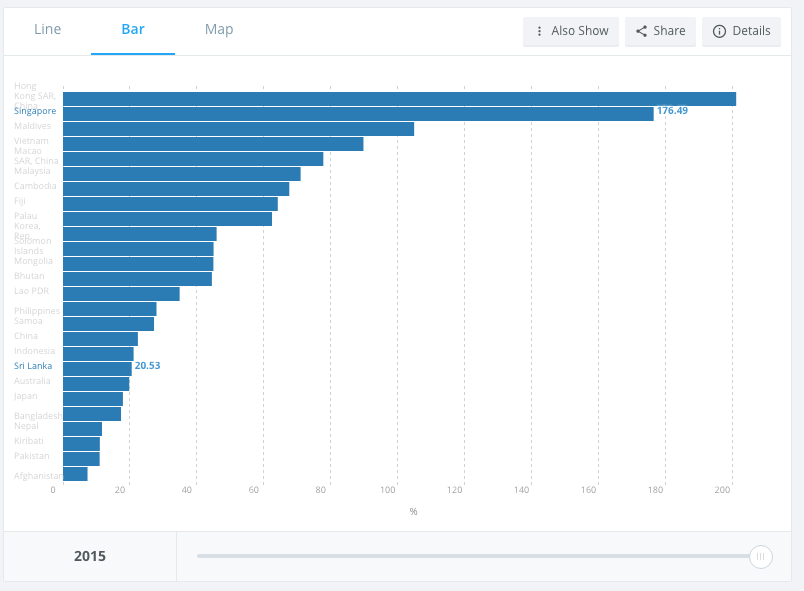 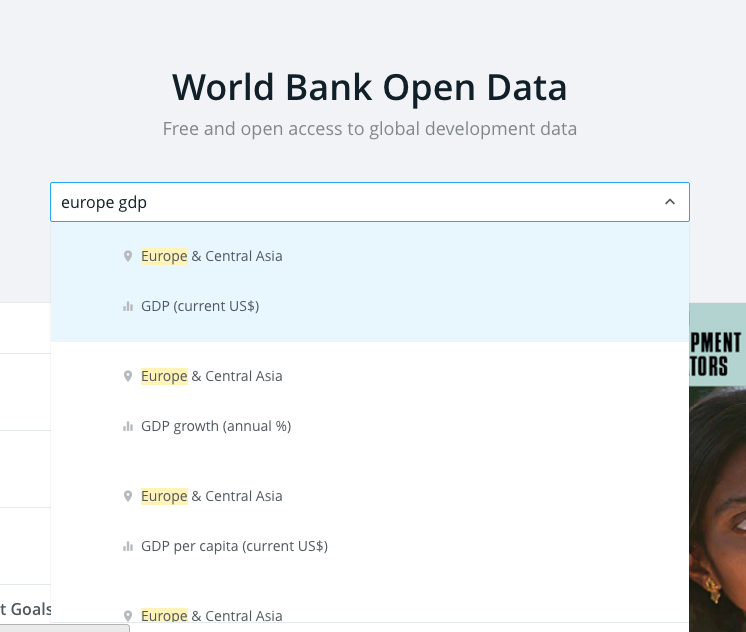 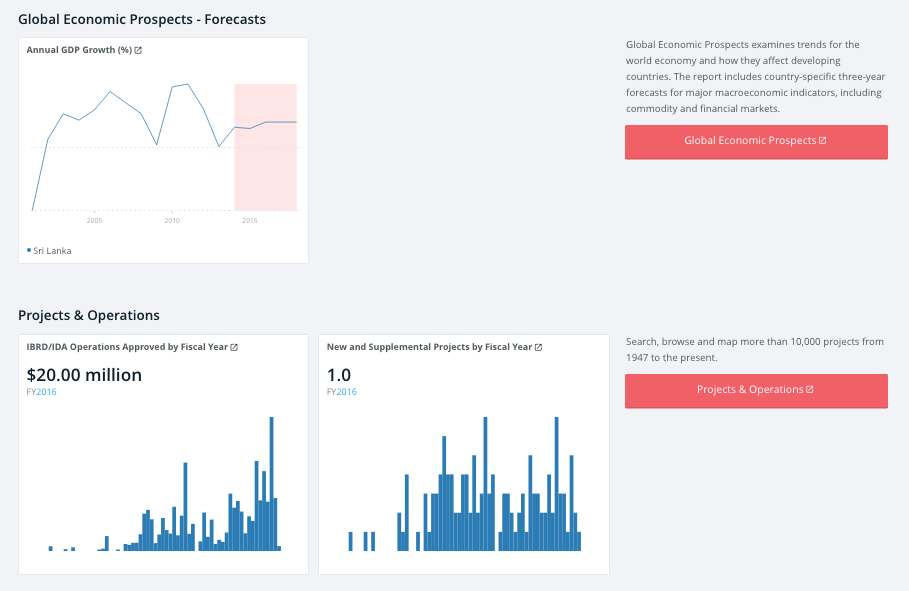 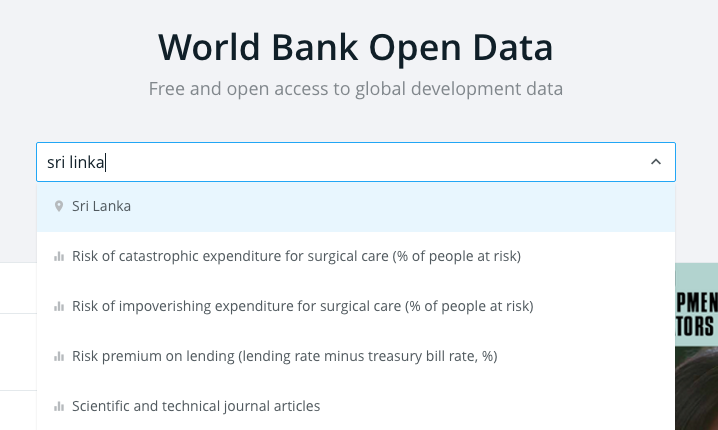 Accessibility was a priority for this new and improved platform. The goal of the site is to provide the World Bank’s data to anyone and everyone. As more and more of the world comes online via mobile phones, it became monumentally important that this new site be optimized for such devices. Check it out! Adjust the size of the window you’re using to view site and you’ll see it change automatically to fit the new dimensions.

This isn’t the first time we have worked with the Bank on their open data site. We made some fixes and tweaks with their technical team a few years ago and we implemented a sub-national data browser on the platform, too.

We really nerded out this time around, because we not only had the chance to redesign the entire platform, we were able to play around with and use some cutting edge technology. Some of the charts require dotted lines, which was a real pain at first, but then we found a trick with D3 that solved the problem for us. 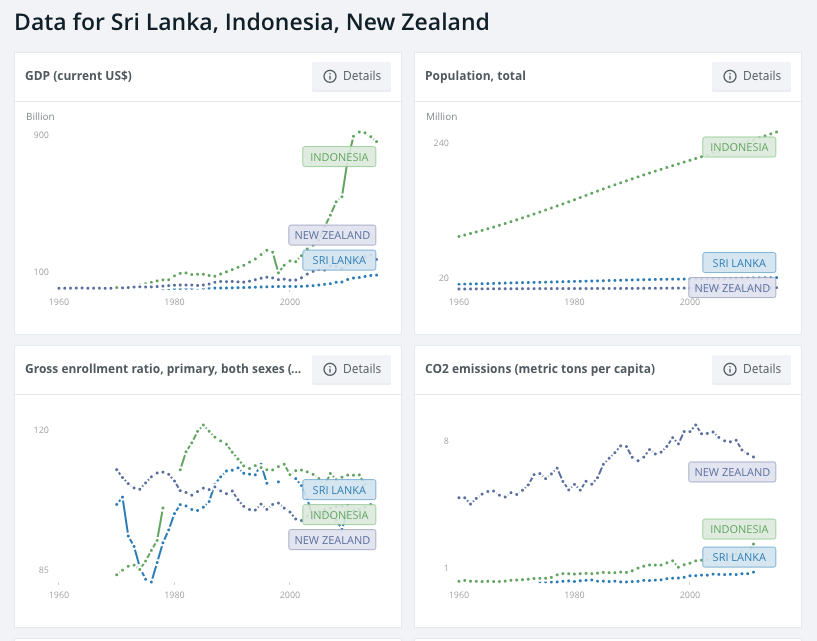 The next big hurdle was making all of the data readily available to load at any given moment. For this challenge, we came up with two solutions. We brought down our network requests and made the data load easier with Falcor, a handy UI-enhancing platform built by Netflix. This issue needed to be solved on the user side, as well. Instead of loading a fresh page every single time the user searches for new data, we built the site as a single-page app that loads really freaking fast. Thanks to code splitting, the page never actually reloads - it just changes the data on the page, which cut data requests by more than 50%. 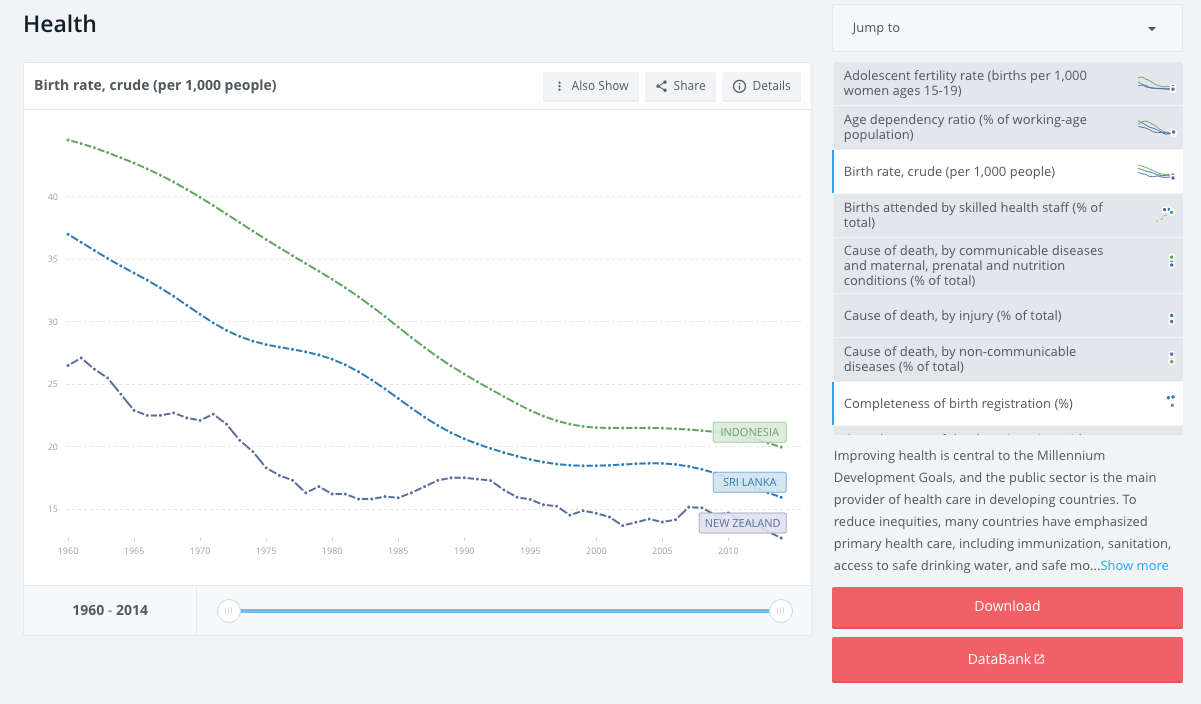 As a team, we had some obstacles to conquer for ourselves. The World Bank’s data team is based in Washington, DC, which is 12 hours behind Shanghai. When we were typically leaving the office, their day was just beginning, so we had a number of late nights ensuring the project went according to our client’s plans and deploying fixes and updates. Additionally, two of our developers worked from Seoul and our scrum master moved to Berlin to open our new office halfway through the engagement. Balancing essential staff who worked remotely was a bit difficult, but we made it work.

A project this large in impact invited a lot of feedback through the entire process. We moved quickly on our client’s input to make the site better faster and ushered the project through a public beta phase, collecting and acting on feedback from the site’s actual users. It’s been a long and tough haul, but we did it, we shipped, and we delivered.

It’s been a pleasure to manage this project. I really appreciate how this engagement opens up more data to the world and will certainly have positive outcomes for the world. I enjoyed working with such talented and passionate folks on the World Bank’s data team. And finally, a massive thank you to Juha, Baruch, David, Jan, Jamie, and Aleksi for being such great teammates and I can’t wait for the next big project.