You’re probably thinking “What, you’re kidding, right?” When we first proposed doing team-building once a month, some of the folks here at Wiredcraft had the same reaction. Well, despite the skepticism, we had a really successful excursion as a team last month: we made ceramics together at a pottery studio!

The Shanghai team decided to give it a try to experience some traditional arts & crafts, which is considered a simple and conventional form of team-building. It appealed to both our expatriate and Chinese members and it was pretty easy to plan, so we thought we’d give it a try.

What is a team-building exercise?

A proper team-building exercise (TBE) is a planned activity that gets the team away from their desks and focused on developing stronger inter- and intrapersonal dynamics that should empower the team to function better. It should always aim for and ideally deliver positive outcomes for those participating. So, the team shouldn’t feel like the activity isn’t just for fun and keeping them from doing real work, but it should also be entertaining and spirited to keep the team engaged.

A lot of people may resent the idea of team building because the whole process and results can be inconsistent or bring out nothing useful or lasting for the team. Additionally, carelessly handled competitive TBEs can bring out the jerks in some people, which is the kryptonite of team cooperation. With these concerns in mind, effective team-building requires a strong, yet flexible hand in the planning and execution: strong enough to avoid the negative, but flexible enough to allow positive things to happen spontaneously. 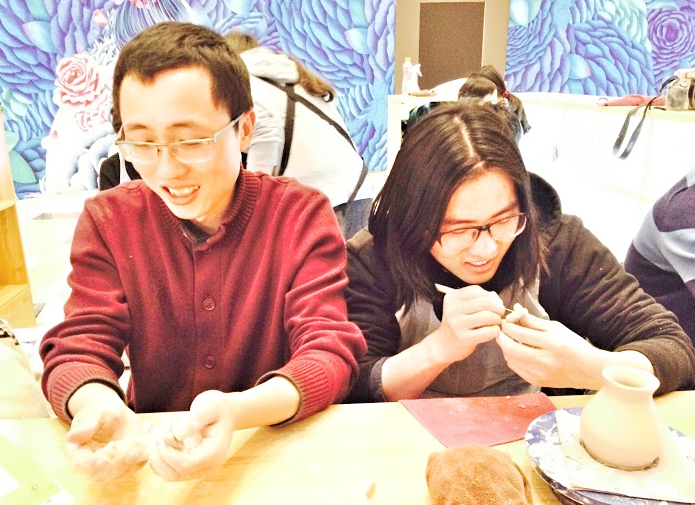 So why did our team-building work?

Before I came to Wiredcraft, I worked in the team-building industry and witnessed tons of successful TBEs. Based on my expertise, I’d say Wiredcraft actually gets the point of team-building: sharing. I sense this instinct comes from the company’s experience in devoting time and energy to the tech community; we host several monthly meetups in Shanghai, Berlin, DC, and New York, and plan the annual JSConf China (Don’t miss this year’s in Nanjing: NingJS!), which are large-scale TBEs, in a sense.

It may sound simple but it’s crucial to strike the right tone in team-building. Don’t picture it as such a formal business activity; you only need to optimize your methods for achieving the goals. Take our Ceramic Crafting Day, for example: it took about four hours, long enough for people to get bored, but we did get to know each other a lot better. Getting the team out of the office and engaged in something fun and low-stress allowed us to become better friends and colleagues, which will improve our overall office dynamic.

It’s a good thing, discovering the silly, adorable or wild sides of ourselves and each other. We learned something new and we experienced it together. At Wiredcraft, the team is even willing to share the love in their families: we sometimes have adorable little WCL members running about the office. At the event, I had the chance to witness Xavier’s genius son, a 5-year-old boy who can beat all of us adults at blunging the clay for the projects! 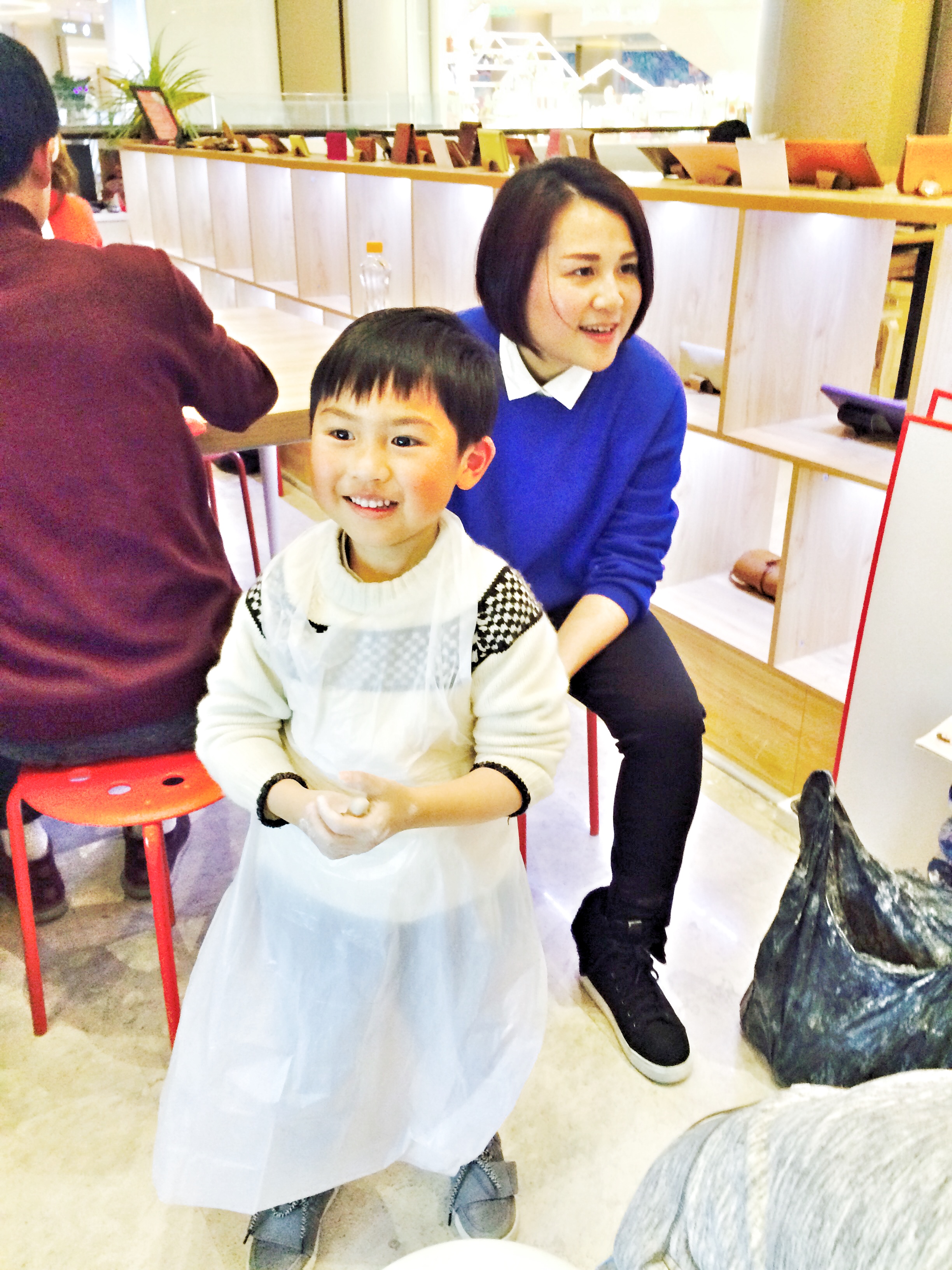 It’s all about sharing. Sharing stories, jokes, experiences, love, whatever is worth it - that’s the goal of good team-building.

Items to consider when planning

Normally, when reaching out to professional team-building companies, they’ll offer some projects with a degree of risk involved. It’s very important to iron out the responsibilities and liabilities involved to reduce this risk, either by electing to do a simpler TBE or investing in accident insurance for the group.

Trying to get the right TBE can be a major pain in the ass; it’s a lot like dating. There are countless possibilities and finding the one that meets your needs and wants poses quite a challenge, but when you find what’s right for you, it’s the bomb.

Evaluating team-building is tough, but it’s best done by someone who knows the team rather well. Understanding how everybody works beforehand enables one to examine the effects of the TBE and determine if it was successful or not. We also try to source feedback and ideas from the team as much as possible, which we collect in a ticket on Github, just like everything else.

Our goals for this activity were to connect some of our newer faces better with the team, improve our internal communication, and give everyone a chance to relax. Judging by the photos, it looks we hit the last objective right on target. 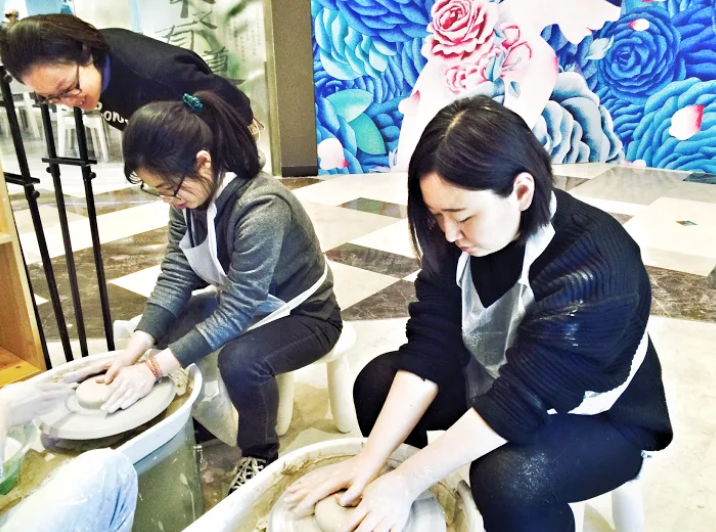 Team-building like this is only helpful to the team if the team has signifcant input in the process. We’re going to find out what everyone thought about our adventure in ceramics and put our heads together to top it and make sure the team has more fun and functions better.

Do you have an awesome team-building story of your own? Is it total bullshit? Tell us on Twitter! We want to know what you think. 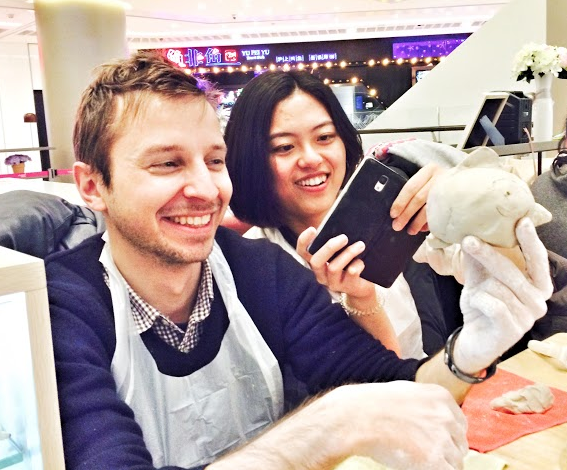