Wiredcraft has been working with IFES (International Foundation for Election Systems) and the Myanmar UEC (Union Election Commission) to build the software supporting the November 8th Myanmar elections - the first democratic elections in Myanmar in over 20 years. Wiredcraft won the contract competitively to design VL software; the database and software is owned and maintained by the UEC.

I recently presented a talk at the Shanghai Barcamp that shared the technology behind the work that Wiredcraft did registering 35 million voters in Myanmar. I’ve provided a behind-the-scenes look into the voter registration, including challenges we had to overcome.

The UEC is required by law to create the voter registration lists by inputting GAD (General Administration Department) and immigration logbooks. We then created both the system that would consolidate all the voter list data into one central database, together with the software that enables the UEC teams to correct and edit the voter database at the local level, TVR (Township Voter Registration System).

We built the “Check My Name” app and the TVR, so that citizens would have access to verify, edit, or add data to the official voter database. We accomplished this through the following.

How Did Voters Check Their Information?

How Did UEC Staff Help Voters Edits their Information?

Technical Obstacles to overcome in Myanmar 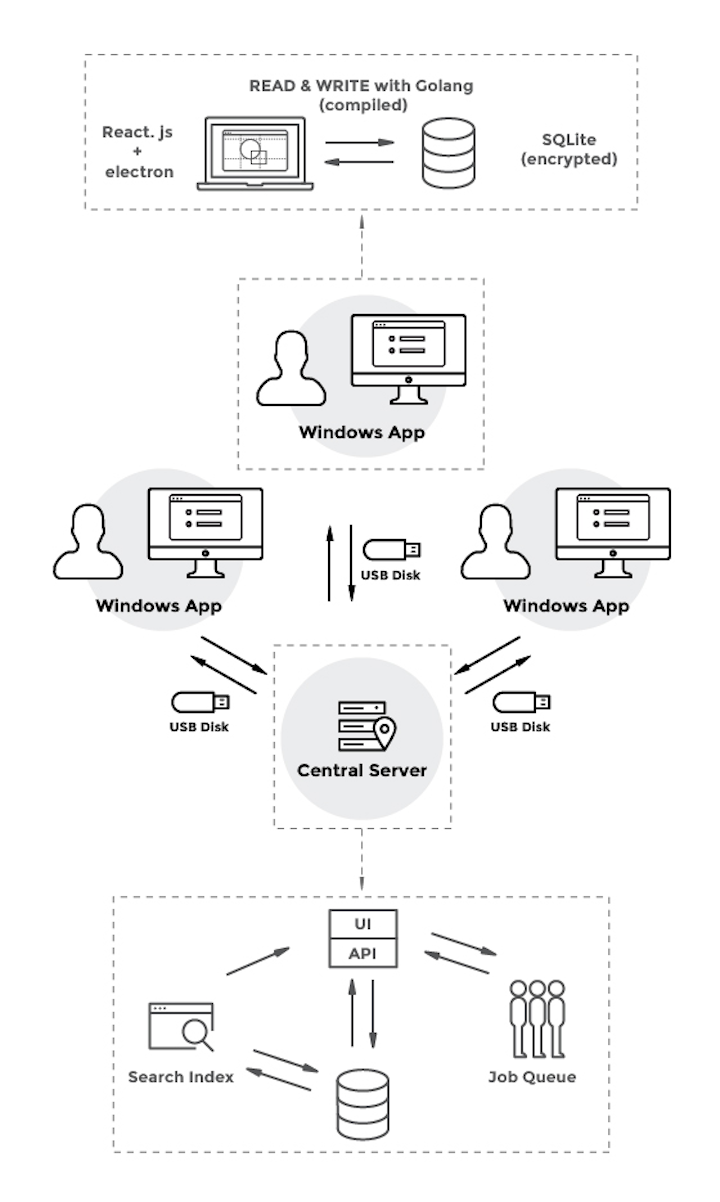 The following are the key concepts that provided the technical support to keep the software running securely and reliably. “Distributed” between central system (1 database) and township level system (many databases).

We didn’t push this concept to everything initially, which became a problem later on. For example, we didn’t have UUIDs for the polling stations, but this became an issue when we needed to have a complete database of the polling stations. It was possible to obtain this information by aggregating from registrant’s information or creating a database on the central server, but there would be a high possibility of errors or duplicates with these methods. So we fixed this issue by applying UUIDs to each polling station, and pushing the concept to the rest of the project.

Race Conditions - Why UUID and why UID is not enough?

Encryption is important for all elections and personal data.

We found it important to utilize caution with aggregations.