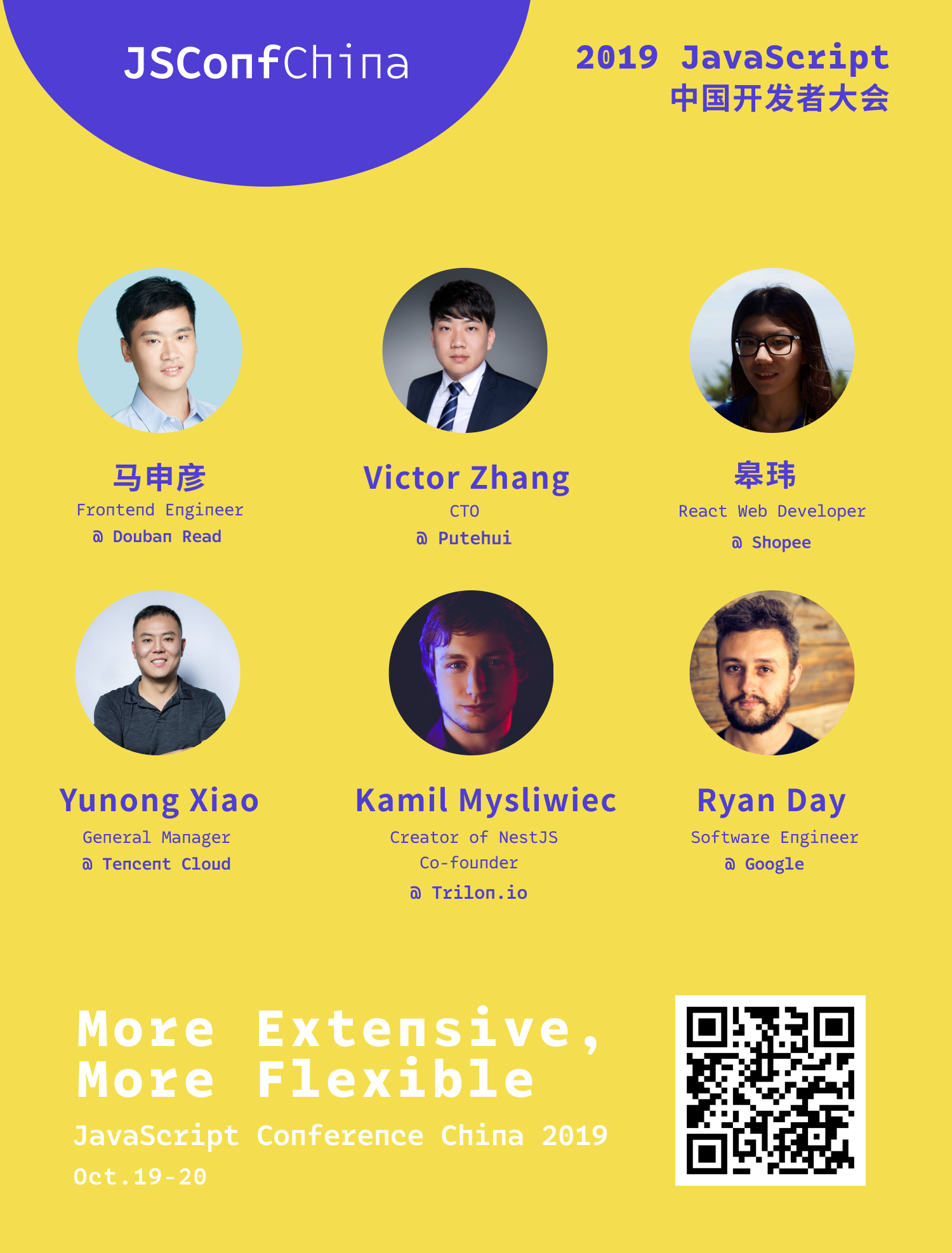 So who are speaking at JSConf China 2019？

Victor Zhang is the CTO at Putehui, previously worked at Oracle and Beecrazy as full stack engineer. He has much technical and management experience of Agile development for small and medium sized companies.

Shenyan Ma is the frontend development lead at Douban Read. His works involves applying Rx.js, GraphQL and TypeScript in Douban Read’s product in web environment. He has lead the de velopment of several web apps which based on React. He has done some study in data serializing and storage, and seek for the perfect balance between content and format.

Ryan is currently on the Node.js team at Google. Previously was a registry engineer at npm inc. When he is not working towards a brighter future for the javascript community he might be found trying to talk to plants with robots or building off grid tech.

Wei has been making web “pages” since she was a kid. In college, she found her curiosity in “whys and hows” behind things and went all the way to study abstract math. Wei is now a React web developer and is interested in types, both as in typography and as in computing systems. When she’s not coding, she’s probably in a climbing gym.

Yunong is General Manager and Principal Architect at Tencent Cloud where he leads the Serverless, Middleware, and Devops products. He’s passionate about serverless and has been innovating in this space since 2012. Previously he’s worked at AWS, Netflix, and Joyent, predominantly focused on Cloud computing and infrastructure.

For more information, feel free to visit our website. Or you can follow us on WeChat, search ‘JSConf_China’, and stay tuned for the next batch of speakers!