Since the launch of their first Mini Program, Burberry has been receiving positive feedback towards their digital property. The proof is in their sell-out record when each drop is released and the increasing retention rate of their MP users. In addition to their remarkable e-commerce performance and social buzz, we helped Burberry to launch their newest UGC campaign over mid April: B Series 潮拍社 (a photo wall formed from user uploaded photos), a new form of connecting with their loyal fans.

In this campaign, Burberry tapped the potential social factors of its Mini Program, integrating with the e-commerce attribute, and fully leveraging the digital capabilities they have been practicing in this hyper-connected era.

On the 17th of every month, Burberry releases their latest B-series drop, featuring one or two limited edition pieces, a digital strategy they adopted since last year. For example in March, the ‘Train Ticket Key Ring’ (火车票印花皮革钥匙圈) was released, and ‘The Kingdom sleeves‘ (人造皮革造型蓬蓬袖) in April, both of which sold out completely several hours after being released. Several drops in, Burberry has built a momentum among fans creating scarcity and engaging with fans on a regular basis. 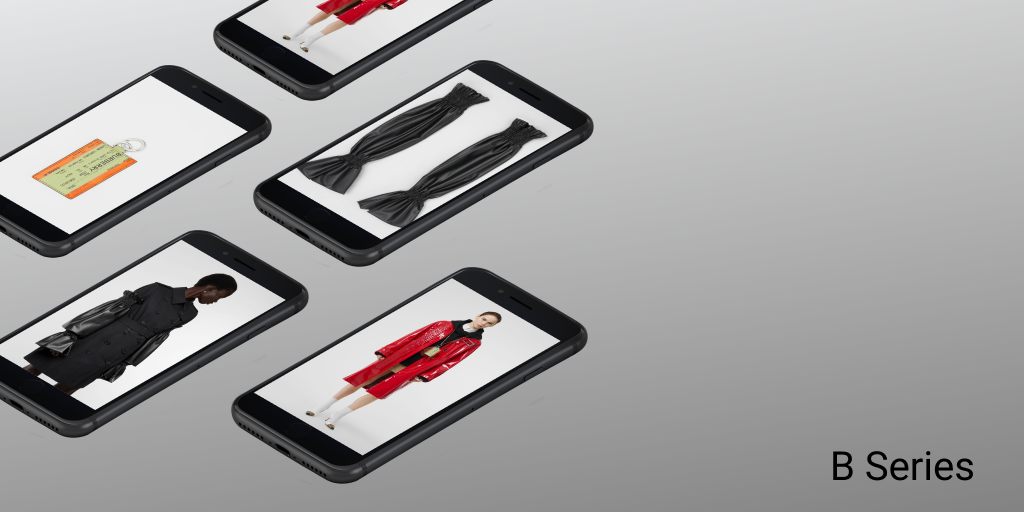 Zooming out to see the big picture, it is safe to say that the general public, especially the younger generation, are pretty familiar with Mini Programs as the number of Mini Program has only continued to grow over the last year. Considering the customer lifecycle of a Mini Program, brands are always facing two parts of the same challenge: attracting new users, while also keeping their existing users coming back.

What attracted users a year ago is not necessarily going to work today, and what makes them come back is constantly changing in this attention-deficit digital age. Well aware of that, the Burberry team launched the ‘B Series 潮拍社’ campaign, encouraging fans to share photos of them wearing Burberry products. MP users upload photos of themselves wearing Burberry, and selected pictures are displayed on the main page of the Mini Program in-between product releases. Meanwhile, users can browse the photos via the picture wall and ‘like’ their favorites, a must-have feature on all social media platforms. 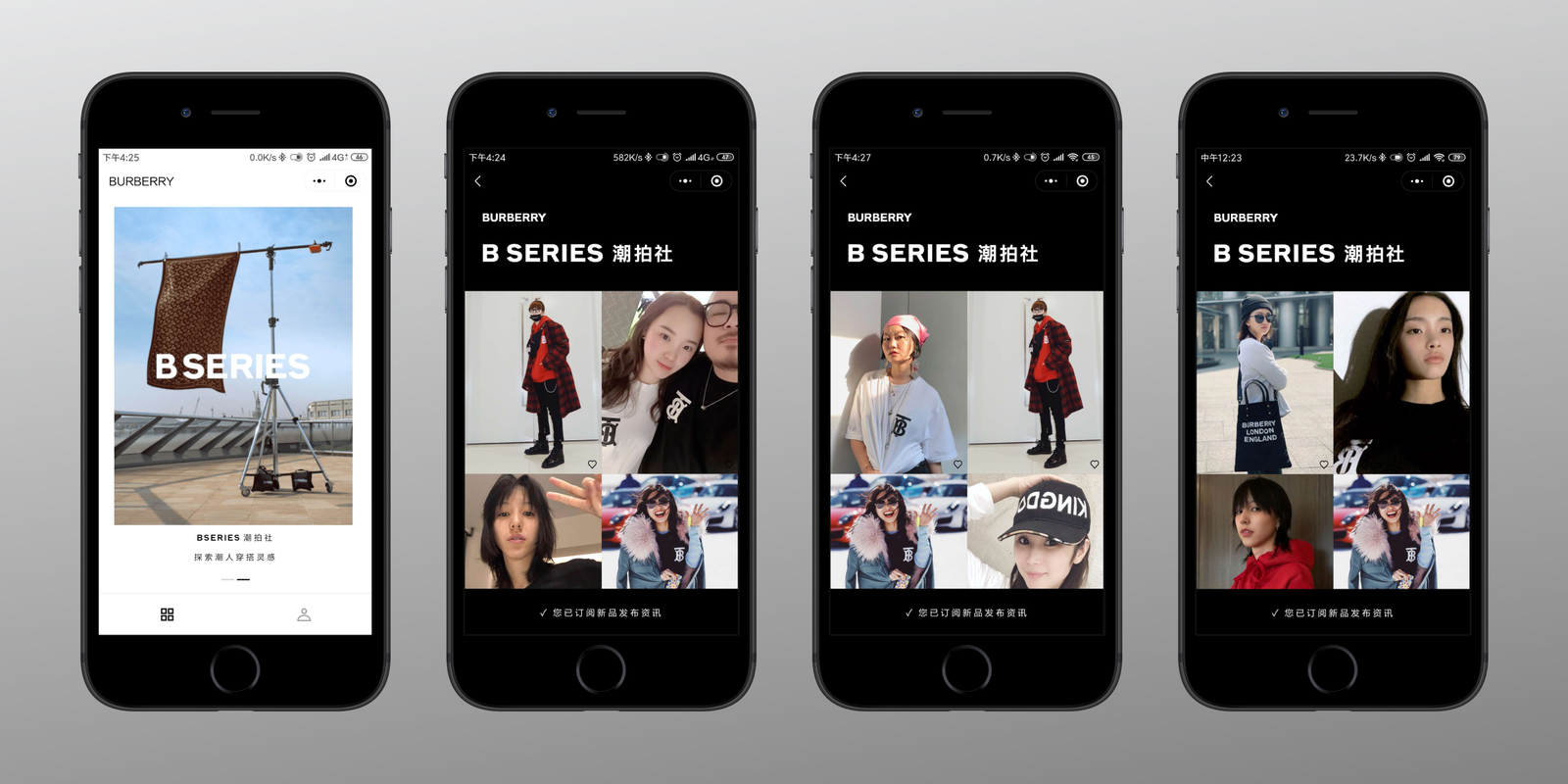 潮拍社 was born out of a desire to enrich the brand content offering, and to build a parallel flow that supported the Mini Program between B-series drops. This campaign offers MP users an opportunity to show their favor to the brand and provides Burberry team a chance to shorten the distance between them and the fans.

A couple of years ago when running campaigns on social platforms was the norm, brands relied heavily on social platforms to build brand influence. The campaign format is often a themed post with rich content that includes certain keywords in hashtags, which is purely traffic-centric with a focus on vanity metrics. That means campaign runners often spend a lot of effort only to see an unfavorable performance. With brands adding new tools and platforms to their digital toolbox, the traditional campaign-running method has also been redefined.

Adopting the mechanism of social media - where one user creates and posts, others see and click ‘like’ - when brand-centric content gets shared, brand image is strengthened. This works in two ways - firstly, the user-generated content brings return traffic, increasing the retention rate of the MP, while also bringing in new users; secondly, loyal fans resonate with the brand and share this social currency within their networks. 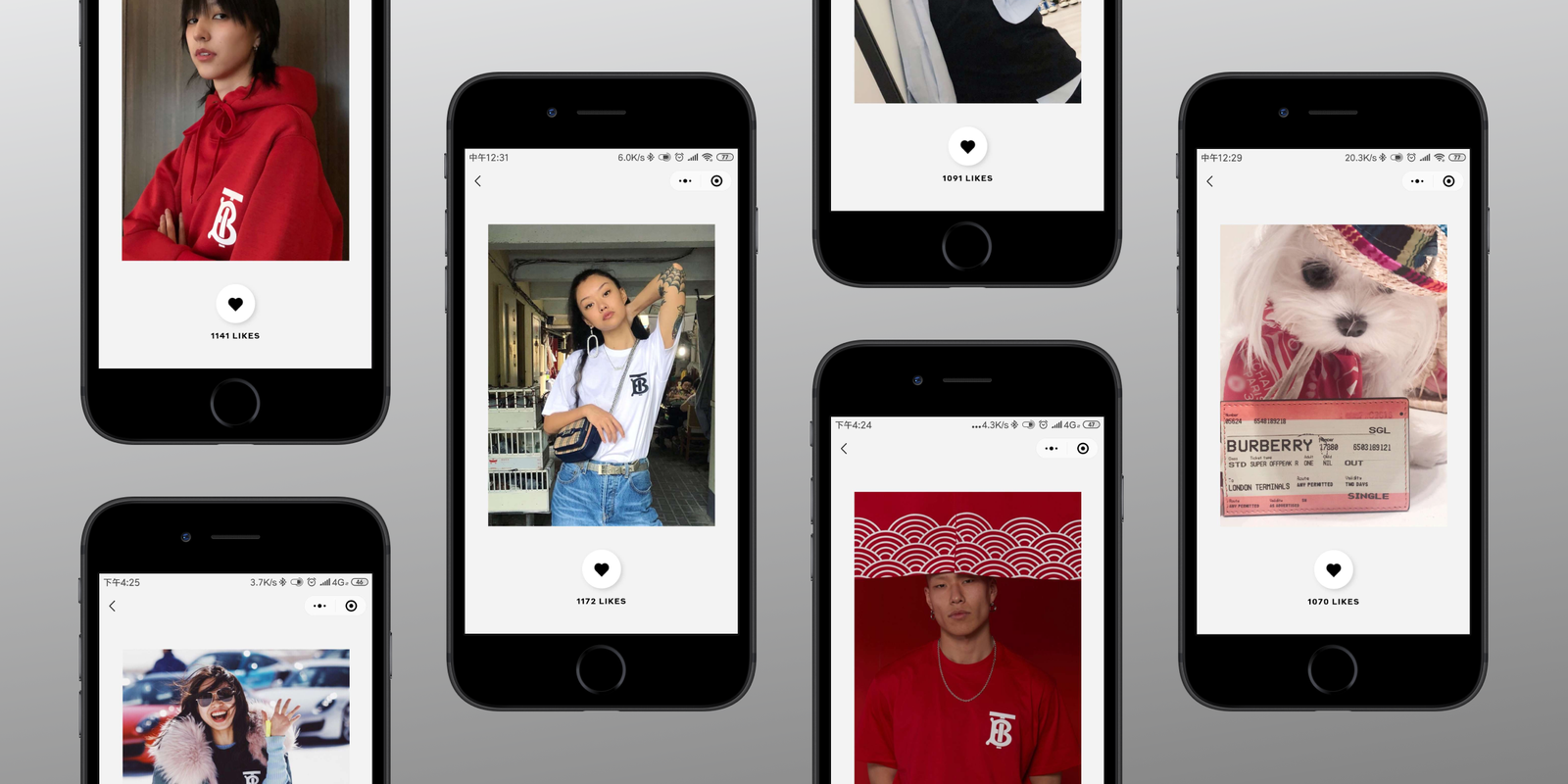 Behind the campaign, our team extended our OMNI solution and built a content management system, allowing admins to approve and manage uploaded content. A lot of brands want to get their hands on UGC. One thing to keep in mind if you’d like to add a UGC feature in your MP, is to make sure you leave 10 - 15 days to receive approval from Tencent technical department.

Chelsea Gui
Product & Marketing
Posted on May 21, 2019 in Case studies