Running Docker is becoming increasingly common; many guides are available online to get started and let you spawn containers on a box; may it be a Linux server, or even on your Mac with projects like boot2docker.

Running on several boxes is another story…

And that’s it; restarting the services or rebooting the servers will get you a fully meshed network, with link redundancy, and Docker services able to spawn containers on dedicated IP ranges (without overlap) that can connect to one another without having to expose all the ports on the public/private interfaces. Ain’t that great?

A quick list of the technologies we use here:

We’ll consider that our servers will be running Ubuntu Server 14.04.02 LTS x64; you may want to adapt the various configuration provided below for other OSes.

Not much to say here; follow the guidelines provided on the official site. We’ll come back later to the in-depth configuration so the various Docker services running the servers can play along together.

Too bad, the OpenVSwitch packages aren’t available in the default repositories (or outdated); we’re gonna build the .deb files ourselves (once), and dispatch it to the various hosts. To keep your prod boxes clean, get yourself a small box somewhere so you can use it to install dev packages and build your packages (who said use a box on Digital Ocean for 15 min ;).

The build guidelines are available in details on OpenVSwitch Github.

Perform the following to build your packages (adapt to new versions if needed):

Now that you have your new .deb packages; go on and push & install on all your hosts.

You could be building your meshed network using the various CLI tools provided by OpenVSwitch (e.g. ovs-vsctl), but Ubuntu provides a helper so that you can define your network through the /etc/network/interfaces file.

This config needs to be adapted on the other hosts; the IP addresses of the remote_ip need to be paired accordingly. 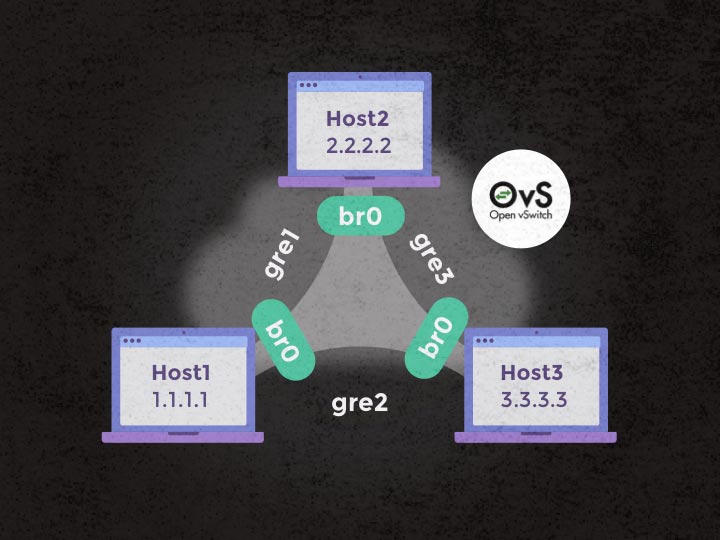 If you were to reboot your servers now, you’d be the proud owner of a meshed network with redundancy; you can give it a shot and run the following commands to test: 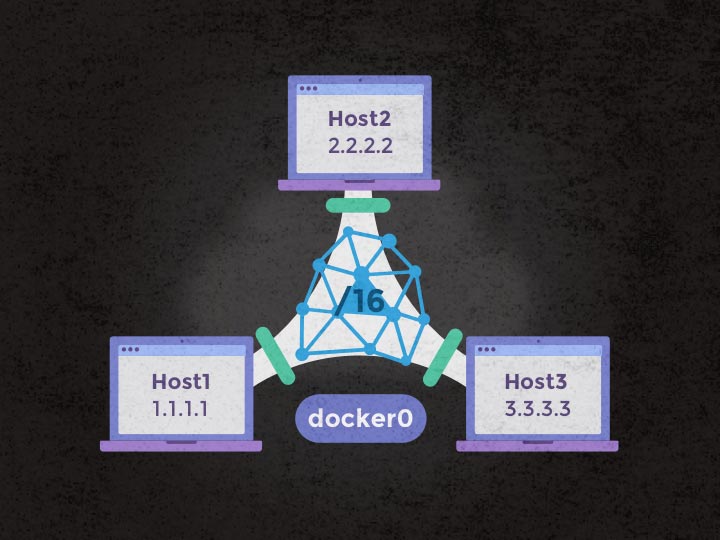 We now have a nice network with a docker0 bridge that each docker service can hook their containers on. Wouldn’t it be nice to get docker to do this automatically for us? The answer lies in docker’s ability to allocate only a minimal pool of IP addresses!

For this example, we’ll consider the following:

Again, if you have more than 3 hosts, you may want to subdivide each range, or review the entire network topology so it makes sense with your organization. 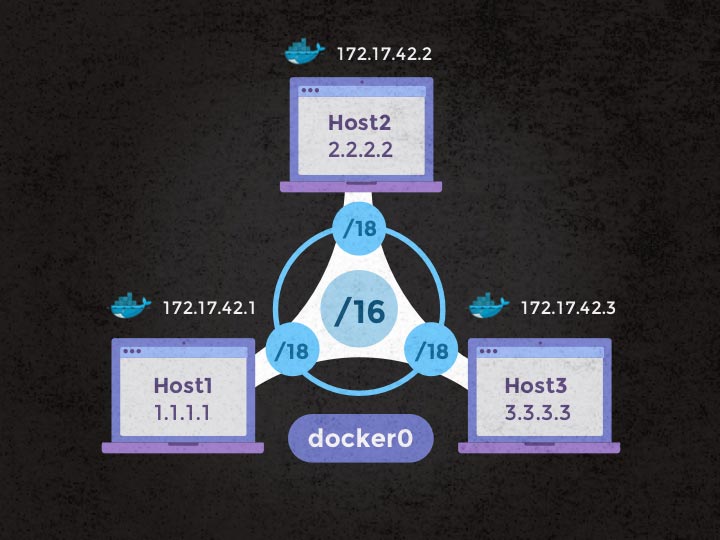 The configuration file (/etc/default/docker) for host1 would be:

You can adapt your DOCKER_OPTS config as per your needs, add mirrors, unsafe registry, dns, etc.

Simply reboot (at least you ensure everything will automatically go up on boot).

You can try the following to see everything is working as expected.

This is not meant to be an authoritative guide on how to setup docker across multi hosts, and I welcome criticism. Lots of thoughts went in the overall setup and this post attempt at capturing as many details as to why this or that option was chosen.

It could be made even more complex by including several level of bridges, VLANs, etc. But this is too much for this simple guide ;)

There is obviously need for more complete networking, and it seems to already be in the work.

If you’re still reading on, congrats!