Burberry, after receiving good feedbacks for its Qixi Campaign, launched a new Mini Program for its September Show. Wiredcraft helped Burberry bring their latest items straight off the runway to Chinese consumers in this Mini Program.

Teaming up with Burberry’s product team, Wiredcraft carried out a comprehensive user journey that not only cultivated the shopping scene, but also provided rich content to keep their followers highly engaged.

A campaign to create scarcity

Burberry broke down the campaign into a series of steps. Starting with the pre-heat session, Burberry launched a TB logo (the initials of the brand’s founder Thomas Burberry) T-shirt on WeChat (also on Instagram) that was only available for 24 hours, building up social buzz while targeting younger and digitally active consumers. 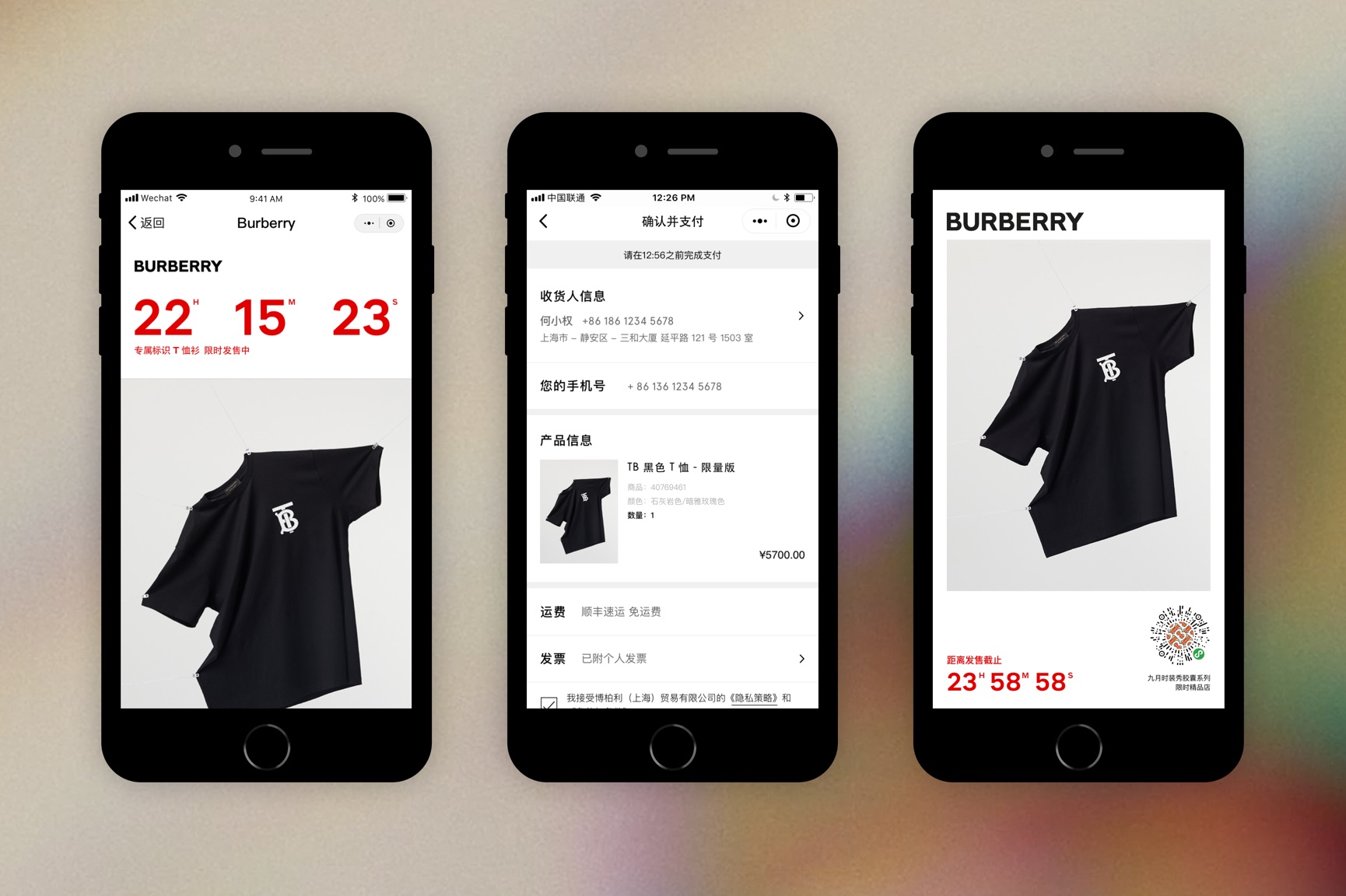 Moving away from “see now, buy now” model, Burberry embraced a digital-driven approach. 24-hour release windows are not sustainable enough in terms of engagement, therefore Burberry has implemented a social game for the general public to win an admission to buy the newest collection, while Burberry’s premium customers were given direct access to the collection.

While Fashion Week collections usually take a while to tricklye down to customers, we helped Burberry to shorten the distance between runway and retail for their audience in China. On September 17th, users were able to watch the live fashion show when they opened Burberry’s Mini Program. Another highlight is that push notifications were used to remind followers, about each phase and more importantly, when they could start adding items to their shopping carts. 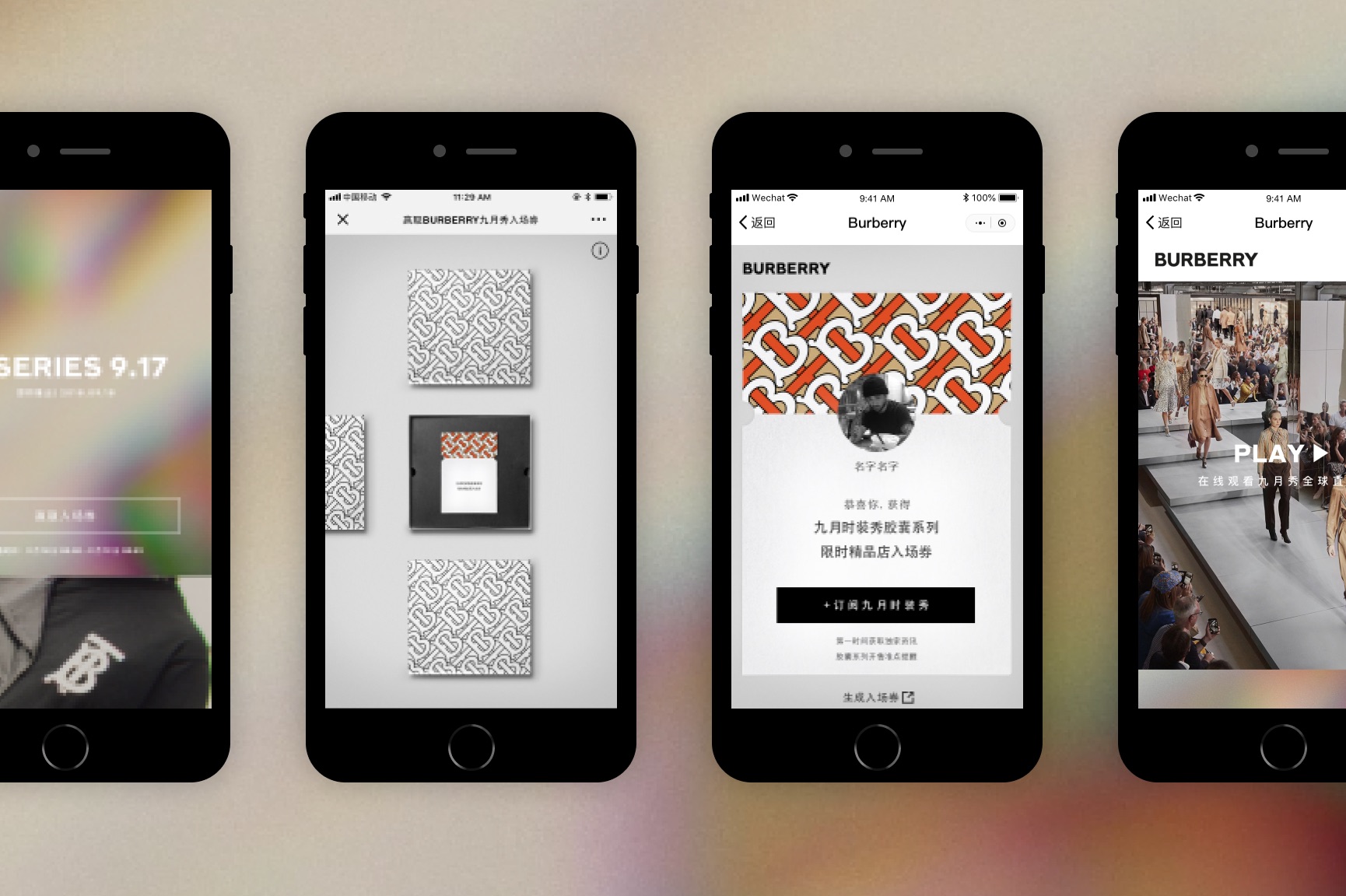 One solution for all channels

Managing a WeChat official account and Mini Program at the same time can be complex. We built an OMNI platform that offers several functions to help with that, supporting the various phases along the user journey.

Starting with a Social CRM, admins at Burberry are able to segment followers with simple tags, as well as customize the welcome and template messages to specific groups of followers in WeChat. In addition, admins can generate unique QR codes for usage in various scenarios, such as for specific stores or premium customers.

Aiming for a well-rounded platform that performs efficiently, we enabled the OMS (Order management system) as well. Logging in with different roles, users are able to check inventory, order informations or other tasks. With all the features enabled in the platform, we put together a complete solution that serves e-commerce projects well. 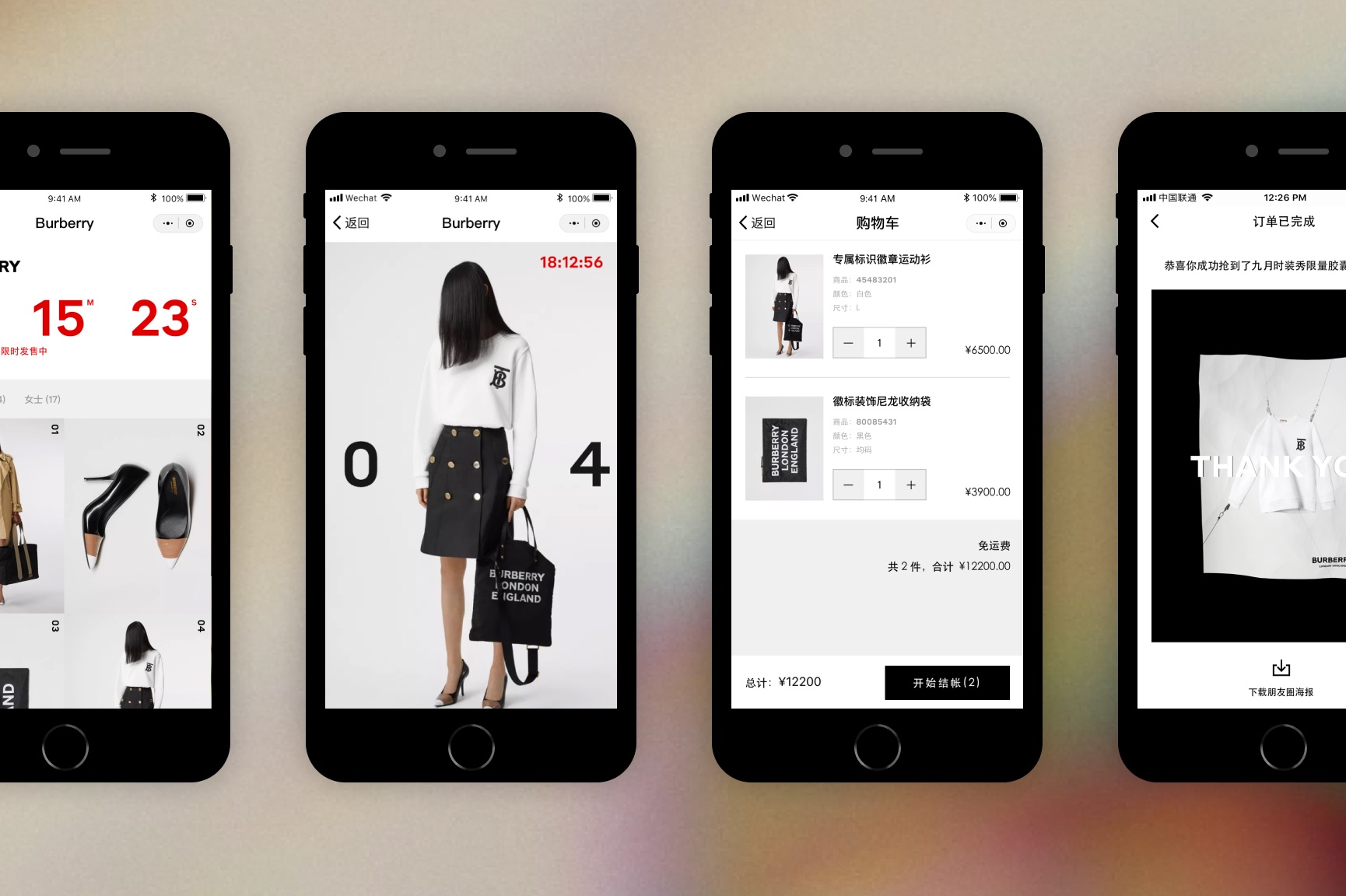 Getting more out of Google Analytics tracking

From our last Burberry blog, you’ll already know that we implemented GA tracking for the Burberry Mini-Program. With its ability to look into user journeys on a granular level, we were able to look at the differences in behavior between different groups of users. For example, premium customers were given a QR code to scan that allowed them to purchase items before the general public.

Using GA to segment users based on whether they entered the Mini-Program through the loyalty QR code, we were able to separate out the data from these users and assess how they were different from the general public. By analyzing the differences in behavior between these two segments, Burberry can derive insights on how best to focus their marketing resources to reach their goals - whether that’s driving traffic, engagement, or purchases.

We also created a real-time dashboard in Google Data Studio. With a limited shopping window, it was important for the Burberry team to be able to track performance themselves, rather than having to rely on the Wiredcraft team for updates. Important data such as revenue, checkout funnel drop-off, and individual product performance, were all available on a single report that was constantly updated with new data, and was user-friendly enough that it could be read by users who weren’t familiar with GA.