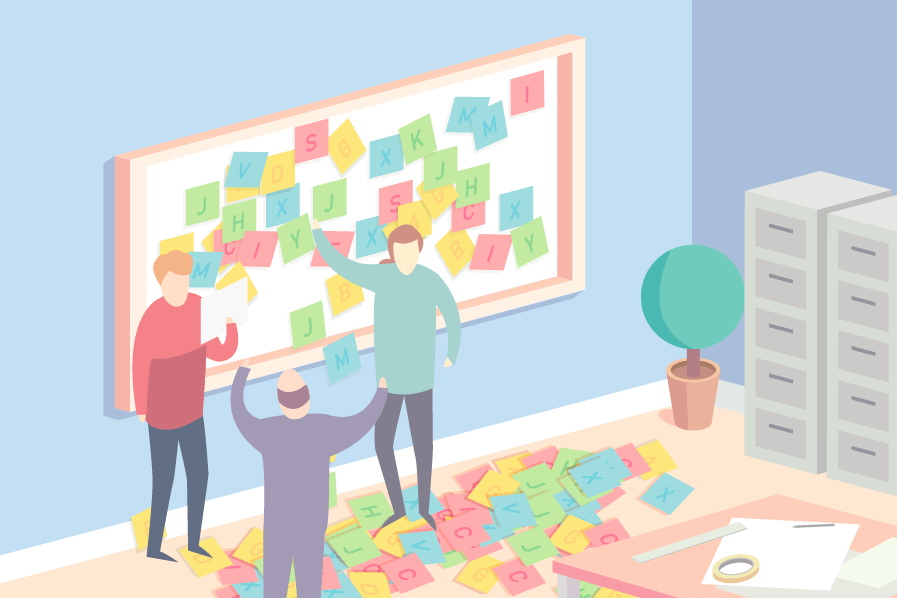 Let me repeat it: Human-Centered Design is literally a waste of perfectly good paper. The folks at Wiredcraft are 100% aligned with the overall goals of Human-Centered Design (HCD), and we apply many of its concepts when working on products. But there is a pervasive trend among the design community to associate HCD with nice colored post-its and walls covered in printouts of wireframes. It is at best inefficient, at worst polluting the design process.

The problem with HCD

Again, HCD is valuable. I can’t think of a single product we would have worked on that hasn’t benefited from us thinking and designing the product first and foremost for its users.

In practice however, we hear and see a lot more about the gimmicks than the underlying philosophy. I see walls of pink, blue and yellow post-its, printouts of mockups and wireframes, or carefully crafted doodles of backends and servers. It looks nice when one of your client pass by your office, it’s also most of the time close to useless:

What to do then?

We usually try to make our approach to pretty much anything:

In practice, this means a few things:

Overall, it comes down to making sure that our ideation process happens online, in the open and for any of our team members to contribute to.

Traditional, often paper-based, approaches seem to be inclusive, low friction ways of getting ideas pushed forward and discussed. This is an illusion: things get hung on a wall and stay there long after the team moved beyond the ideas they depicted. More than being a sterile investment, they freeze the team’s perception of the product and hinder its ability to debate and improve design choices.