Why are Chinese Webfonts Challenging?

There are some other factors that hinder the Chinese webfonts like font license, windows clearType, and lack of practitioners to name a few. These factors lead to a limited availability of simplified Chinese fonts available, especially ones for screen display rather than print. You’re pressed to find a diverse selection of Chinese fonts, let alone many beautiful ones.

Although, there is a lot of helpful information out there a lot of the methods are too complex. Here is a list of some of the solutions that are out there: 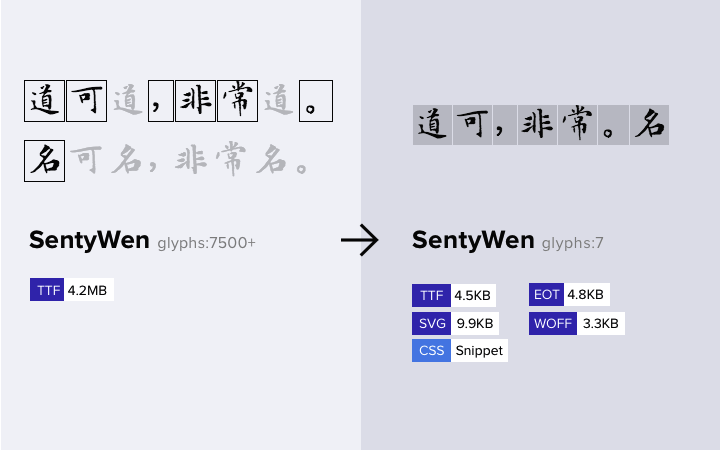 I propose a simple way that focuses on how to order your font-family by using the built-in web-safe font of different platforms. This is simple and will make using Chinese webfonts feel better. This is also one of the most common tricks that the Chinese developers use..

How You Can Order

Now we’ve reached it. Here’s how to order your Chinese font-family like a native.

Above all, this is just a personal suggestion, but if you take a look at the font-family of different Chinese websites you might find most of them following the above principles. With higher quality of screen definitions and the increasing number of Chinese webfont practitioners, Chinese webfonts and support for webfonts will get better.